Hit the Road to Edirne 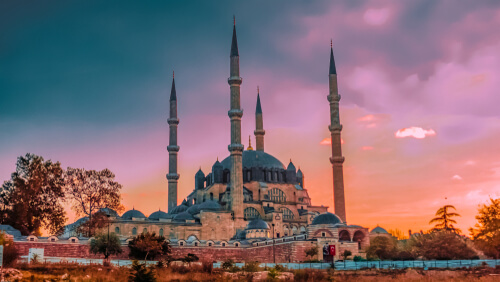 Discover the Beauties of Edirne!

Edirne, one of the most distinguished cities of the Marmara Region, is among the destinations that must be visited due to its historical importance as well as its natural beauties. Since there are many destinations to discover in Edirne and its surroundings, renting a car Edirne in stands for great comfort. If you have decided to visit this unique city and you do not have a car or if you want to make these trips with your dream vehicle, you can stop by Avis Edirne rent a car office and experience great comfort while meeting the fascinating beauty of Edirne.

When it comes to Edirne, you should know that there are many local flavors unique to this city, many historical places that are associated with this city, and numerous natural beauties that make this city unique. In this article, you can find what you need to know about Edirne at first glance. 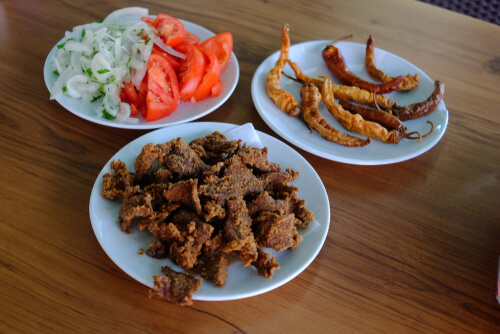 Edirne, which has hosted many civilizations throughout history due to its geographical location and strategic importance, makes the travel experience perfect with its local flavors. When it comes to Edirne, the first thing that comes to mind is of course tava ciğeri (fried liver). This dish, which is famous not only in Edirne or Turkey, but in the whole world, fascinates even those who are doubtful about this flavor.

Edirne fried liver is not the only flavor you should try in these lands; elbasan tava, zirva (the combination of meat and fruit), stuffed liver, akıtma, tres leches, Edirne cookie, Edirne white cheese, Keşan satır meat and kapama stand out as the stars of this city.

Where to Eat in Edirne?

There are many different places in Edirne that you can prefer for breakfast, lunch and dinner. Edirne restaurants, which offer a selection from the local flavors of Edirne as well as Turkish cuisine, will help you relieve the tiredness of the day and refresh yourself. What you want to taste will guide you when choosing among breakfast places and restaurants serving both in the city center and districts of Edirne. 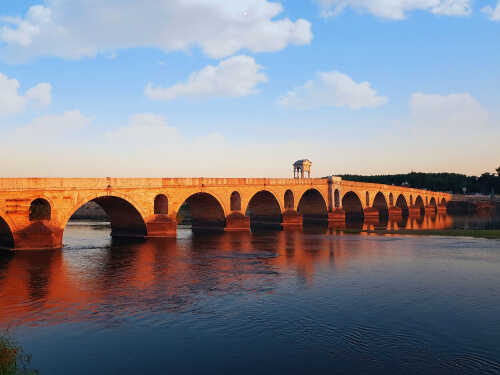 There are many historical monuments in this beautiful city, which was one of the capitals of the Ottoman Empire. Edirne Palace, the second largest palace of the Ottoman Empire after Topkapı Palace, is one of the most important of these buildings. Although this structure has not been fully preserved until today, the entrance door of the palace, Cihannüma Pavilion and Kum Pavilion Bath will make you feel the history.

Sokullu Bath, which was built by Mimar Sinan for Sokullu Mehmet Pasha, Palace Bath, which has survived to our day from the first palace built in the city after the conquest of Edirne, Selimiye Mosque described as a masterpiece of Mimar Sinan, Ulu Mosque, one of the oldest mosques in Edirne, Üç Şerefli Mosque, Holy Great Synagogue, which is among the largest synagogues in Europe, Meriç Bridge that connects the Karaağaç quarter to the center, Sveti Georgi Bulgarian Church and many other buildings are among the historical places to visit in Edirne.

There are lots of other historical places to visit in Edirne. Rüstem Pasha Caravanserai, which is currently used as a hotel and located in the city center, has a unique architecture that must be seen. In this city located on trade routes, we recommend you to make your way to Ekmekçizade Caravanserai.

Places to See in Edirne

Edirne's beauty is not limited to historical places. You can spend time in touch with nature in Edirne Söğütlük Urban Forest, and you can capture magnificent shots if you like to take photographs. You can go to Danişment Nature Park in Keşan district and relax at the meeting point of blue and green. When you see Gökçetepe Nature Park, another nature park in Keşan district, you will feel as you are in paradise.

If you want to fully explore Edirne, you should stop by Edirne Saroz İbrice Port. You can dive accompanied with professionals and discover a completely different world in the location that creates a fascinating effect with its beauties underwater.

It is another pleasure to swim in Edirne. Erikli beach, Yayla beach and Enez beach are some of the destinations where you can experience enjoyable moments with your family in this spot where green and blue meet.

If you want to visit Kırkpınar Oil Wrestling Square, which is identified with Edirne and experience this atmosphere to the full, you can plan a trip during July. You can collect unforgettable memories by watching this traditional contest that lasts for three days.

You can visit all these wonderful places in Edirne in 3 to 4 days by taking car rental service in Edirne. You can experience an unforgettable holiday by discovering all the beauties without sacrificing your comfort during your vacation.

It can be said that nightlife in Edirne is quite colorful and vibrant. Due to the high student population in the city, the number of cafés and bars serving both alcoholic and non-alcoholic beverages is too high to underestimate. In Edirne nightclubs with a high-quality environment, it is possible to watch concerts of different music genres. You can crown your Edirne trip with evening entertainment in order to collect pleasant memories while relaxing at the end of the day.