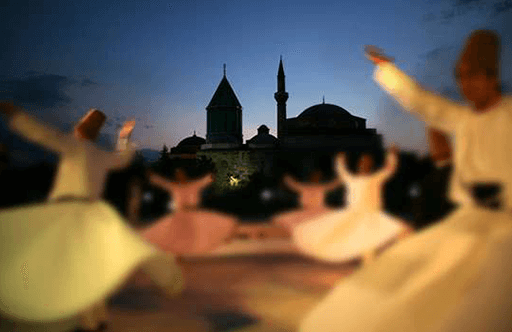 A Day in Konya

The most convenient way to explore and see the historical and natural beauties of Konya, the largest city of Turkey, in just one day is to rent a car. After you completing your car rental transactions in Konya, you are ready for a mysterious journey in this mystical city. However, you may want to plan what day you will spend before setting out and at this point, you can benefit from the recommendations of locals of Konya. What to eat in Konya? Or, what are the places to visit in Konya? You can make your trip more enjoyable by considering the answers we received for these questions. 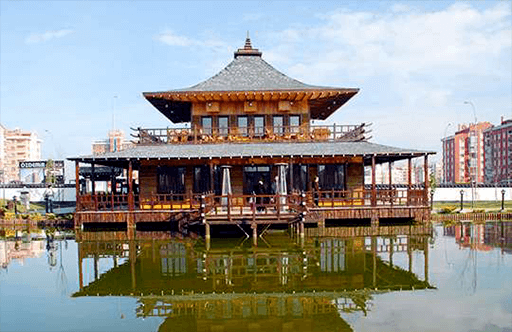 For a different breakfast experience, you can try the local flavors of Konya. Sıkma prepared with different ingredients, various pitas that you can find freshly hot in the bakeries at all hours of the day, Mevlana pastry, kaygana and the region's famous Kadınhanı tahini dish are some of the tastes you can choose for breakfast. 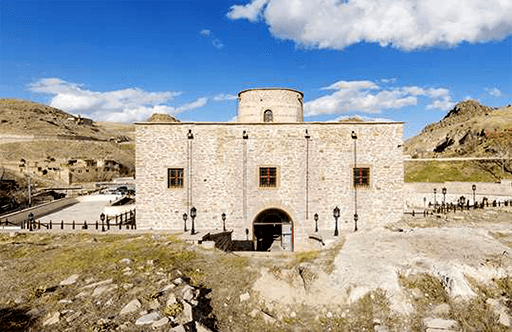 Sille, an old Greek village, is the first stop recommended by the people of Konya. The village, which is 10 km away from the city center, has a history of 6000 years. In the village that sheds light on the history of Konya, Aya Elena Church is one of structures that is worth seeing. The church, which belongs to the 4th century, was built by Helena, mother of the Byzantine Emperor Constantine. Hagios Khariton Monastery, considered one of the oldest and largest monasteries in the world, can also be seen in Sille. You can spare the last part of your trip to Sille's famous rugs. Let us add that there are many shops in the village where you can examine the rugs.

It is not possible not to go to Konya and eat tirit. After your tour in the historical village, you can taste this special flavor of Konya cuisine. At lunch, you can also pita varieties called etli ekmek, bıçak arası or Mevlana, each offering a different culinary feast. 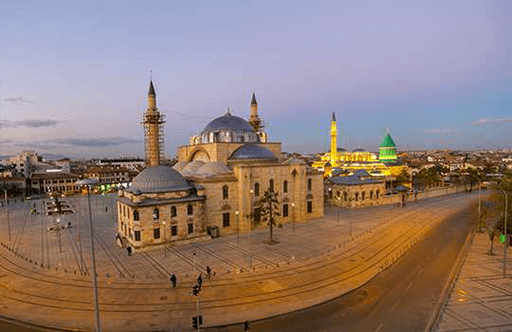 After your meal, you are ready to follow the traces of Rumi and go on a mysterious journey. The first stop is the Mevlana Museum in the city center. Mevlana Celalettin Rumi is a thinker who influenced the world with his perspective on Islam and the philosophy of tolerance, and his reputation goes beyond the borders of the Islamic world. His Mesnevi, which consists of more than 25 thousand couplets, has been translated into many languages and became one of the best-selling works in the countries where it was published. Mevlana's lodge in Konya is a museum that welcomes its visitors. In the giant complex, which is one of the most visited places in Konya, Mevlana's tomb, known as the Kubbe-i Hadra, i.e. Green Dome, manuscripts and objects are exhibited. Getting to know Rumi, who invites everyone to love with the words "No matter who you are, come", can greatly increase the significance of your day in Konya.

After the museum, you can see the Shams of Tabriz Mosque in Karatay, which is estimated to have been built at the beginning of the 13th century. Karatay Madrasa, which is also located in the same district and considered one of the best examples of Seljuk stonemasonry, is also worth seeing. The madrasa has been serving as the Tile Works Museum since 1955. You can end your mystical journey in Konya at Selimiye Mosque built for Selim II. 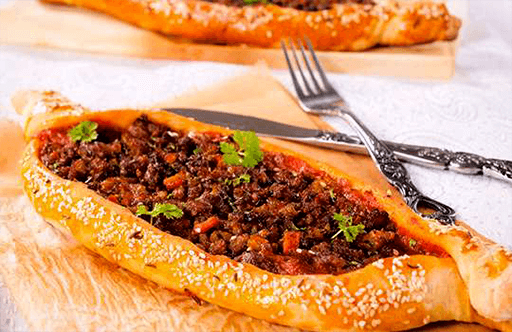 A dinner full of local dishes will help you relieve all the fatigue after your day in Konya. Çebiç, one of the tastes unique to Konya which attracts attention with its long cooking time, is a meal that will make your dinner better. Oven kebab, tandoori, sac kavurma, wedding pilaf, okra soup are among other flavors you can choose. As a tradition, we recommend you to prefer Arabaşı soup, which is widely consumed in the winter months, later in the night. Served with its special dough, this soup is famous for being consumed at midnight during winter months.

The first recommendation of locals of Konya for those who are curious about the nightlife of the city is the roof bars of the famous hotels in the city. You can easily prefer these venues to make a pleasant finale to the night.