Hit the Road to Sinop 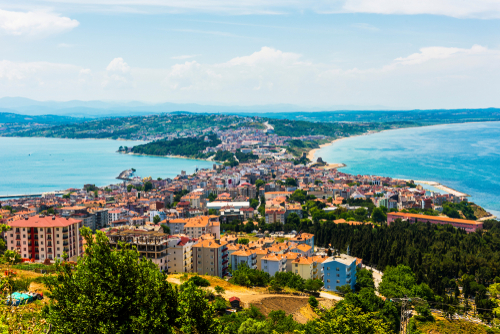 A Day in Sinop

Sinop, named after Zeus's only love, Sinope, deserves this name with its beauty. You should know that a great day awaits you in this city where you will see the Black Sea wherever you look. We asked the locals: What to eat in Sinop, what are the places to visit in Sinop? And, we created a guide based on their answers. Renting a car on your trip to Sinop can help you enjoy your day in the city more efficiently.

You can have a delicious breakfast in the city center or in a quieter location just outside the center. You can also find classic breakfast options in many venues where you can experience local flavors. You can make a great start to the day with a mixed breakfast consisting of local flavors. Bafra pita, nokul, katlama or zucchini mille are some of the Sinop flavors you can choose for breakfast.

A Delicious Break in Sinop

Meeting with nature in Tatlıca must have made you hungry. Then, it is time to head to the center of Sinop for lunch. For lunch, you can choose seafood and different salads to accompany these flavors. A nice lunch against the sea view and Sinop castle is one of the most enjoyable activities to do. If you did not prefer it for breakfast, you should definitely taste the pastry called nokul for lunch. Nokul, which is a fulfilling pastry prepared in roll form, is especially recommended with poppy and walnut varieties.

It would not be wrong to say that Sinop Prison, which was built as a castle by the Gaskans about 4000 years ago, is the most famous structure of the city. Known as the "Alcatraz of Anatolia" because it is surrounded by the sea on three sides, the castle was used as a prison between 1568-1999. The prison where writers and artists such as Sabahattin Ali, Mustafa Suphi, Burhan Felek and Ruhi Su were imprisoned in the past, has been the subject of many poems and stories. Here, Sabahattin Ali wrote his poem titled "Aldırma Gönül" in 1933, which was composed later. The building, which was architecturally enriched during the Pontus, Roman, Byzantine, Seljuk and Ottoman periods, is now open for visits and promises an interesting experience to its visitors.

After the prison, you can visit Sinop Castle, which is thought to be built in the 7th century BC. It may also be enjoyable to see the Balatlar Church built by the Romans and turned into a temple by the Byzantines.
If you want to swim in Sinop during the summer months, you can choose Karakum, which is 4 km from the center. Famous for its black beach, Karakum is one of the rare calm spots on the Black Sea coast. 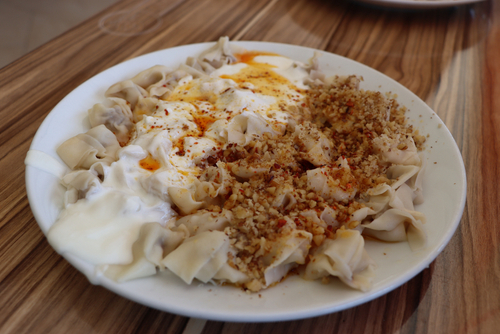 There are many places in Sinop where you can relieve the tiredness of the day and eat delicious food. Bonito pilaki, ıslama, vinegar leek, içli tava, corn soup and Sinop dumpling are some of the local dishes you can prefer for dinner. Having a pleasant dinner against the wild waves of the Black Sea will be one of the unforgettable moments you have in Sinop.